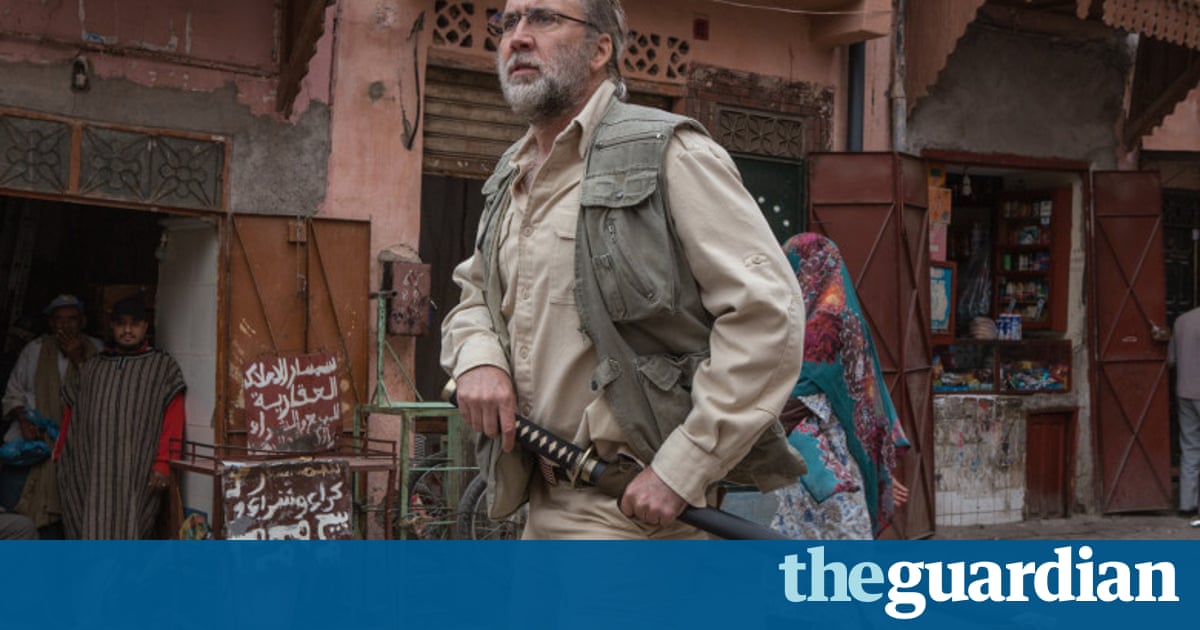 In Army of One, a man who experiences hallucinations due to kidney disease has a vision of God, sparking an ill-advised misadventure. I urge the films director, the usually great Larry Charles, to immediately seek a doctors care, as I fear he may be suffering from a similar condition.

Gary Faulkner, you may or may not recall, was a blip on the news cycle in 2010. He was the daffy Colorado man (the Rocky Mountain Rambo, were reminded) who, with no training, supplies or common sense, took it upon himself to travel to Pakistan to capture Osama bin Laden. He had scraggly hair and an energetic speech pattern so, like this years Ken Bone, was briefly feted by the infotainment media. (Army of Ones closing credits feature the real Faulkner babbling on shows like The View.) Somewhere in this mix of religious fervor, wounded national pride and ephemeral albeit mocking fame is the potential for an intriguing film. What weve got instead is a movie so rotten any cinema that shows it is in danger of being shut down by the board of health.

Nicolas Cage can be funny. But he isnt a brilliant comic known for extended riffing. Larry Charles, who cut his teeth on Seinfeld and Curb Your Enthusiasm before directing the comedy masterpiece Borat, tosses Cage into the sea without a life preserver, or maybe allowed him to swim far out. Viewing Army of One is watching a man thrash and bellow as he slowly drowns.

Cages version of Faulkner is a nails on a chalkboard experience. His accent is a mix of Dustin Hoffman in Rain Man and Jerry Lewis, with a little of that weird faux-southern thing John Travolta does in disasters like The Taking of Pelham 123. Whats amazing is that the real Faulkner doesnt even talk like this! This fabricated, far-fetched and absurd nasal whine is an artistic choice. One has to go back to John Leguizamo in The Pest to find a performance more annoying.

Who could possibly go toe-to-toe with a bearded Nicolas Cage mugging and prancing in extended, meandering scenes? Twelve minutes in, we meet Russell Brand as God. When Cage shouts holy shit Brand winks in the camera and adds I take a holy shit every day!

Larry Charles has been in writers rooms with some of the most clever creative minds of our time. I can only think he allowed this moment in the final edit at gunpoint. Every other scene is just as bad, as are the cheapo music cues that sound like temp tracks from a freeware program that somebody forgot to replace.

Anyway, God tells Faulkner to find Osama bin Laden (who Faulkner calls Binny Boy) and the first step is to go to a casino to win travel money. There are a few moments of casual racism with Mexicans, and not the punching up kind found in Borat. Faulkner is an America First type, and in a real movie this would be an avenue for exploration. Army of One fails on such a critical level that it never establishes how we are supposed to feel about our lead character. Are we rooting for his quixotic adventure, or feeling sorry for his inner turmoil? I can tell you one thing, were not laughing. We are cringing and texting our friends about the next atrocity in each scene.

After trying to sail from California to Pakistan, Faulkner goes to Israel in the hopes of hang-gliding there. Past the halfway mark of the movie he goes the traditional route and flies to Islamabad. Things go from annoying to boring, as theres an inherent problem in telling this story as a goose-chase comedy. Once Faulkner gets to Pakistan, nothing really happens. Were treated to Cage screaming and carrying on (and more casual racism, this time a gag about a disagreement over one of his wives and a goat) but were left wondering just when the damn thing is going to start. Theres also a ludicrous love story crammed in, wherein the extremely talented Wendi McLendon-Covey has nothing to do but look supportive in a tank top. I hope she made enough money on this movie to buy a small lake house one that doesnt have On Demand services so she wont be reminded of this film.

Comedy is subjective, and when it comes to broad farces I am more forgiving than most. I am the critic who gave Hot Pursuit three stars and still stand by that, even though I am no longer permitted to dine in certain restaurants as a result. But Army of One isnt a film, it is a traffic accident, and even though it is the worst thing Ive seen in 2016, I know I wont stop talking about it for weeks.