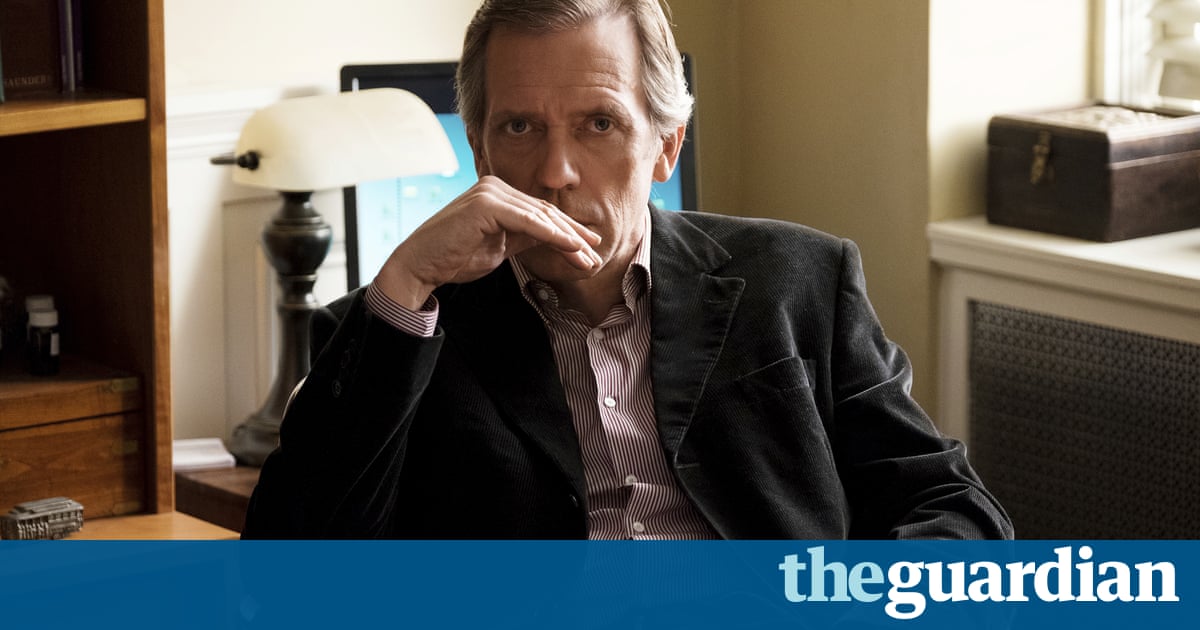 It makes sense that TV relies on the same stars (Kevin James, Kiefer Sutherland, Kristen Bell) for new projects. Thats why its no shock that Hugh Laurie, who played Dr House on the super successful medical procedural for eight seasons, is back and will hopefully be bringing his audience with him to Hulu for his new thriller, Chance. But just because networks rely on the same stars, why, oh why, do they have to make the same series repeatedly?

In Chance, Laurie once again plays a doctor, Eldon Chance, this time a neuropsychiatrist in San Francisco who doesnt actually treat patients, just brings them in for evaluation before shipping them off for more in-depth services elsewhere. Because this drama is paint-by-numbers, Eldon is going through a divorce, has a teenage daughter, is suffering money troubles that cause him to question his moral code, has a murky history of transgression, and can hardly resist getting sucked into an underworld of moral questionability and crime.

At the end of the first episode, he says of himself: Of late he is increasingly aware of a mental state he finds dark and unstable. He feels he is drawn to the precipice of some new and dark reality he cant stop himself from falling. If that isnt a description of every Walter White-esque antihero to spring up in the past decade, I dont know what is.

The cause for this push towards the brink is a troubled patient, Jacqueline (Gretchen Mol), who was in the hospital because of her husbands abuse and has been experiencing blackouts and symptoms of multiple personality disorder ever since. That husband, Raymond (Paul Adelstein), is a menacing homicide cop who threatens anyone who might take his wife away.

Eldons guides through the new underworld are a slightly shady furniture dealer (Clarke Peters) and his brick shithouse of an employee (Ethan Suplee), who gets his rocks off beating the hell out of people and offers his services to Eldon to help get rid of his abusive husband problem. He even has the courtesy to audition, by beating up three dudes at once in an alley in the Tenderloin.

Laurie, with his nearly flawless American accent, is appealing as always, but his character is so nondescript and barely compelling that its hard to justify sticking around for this slow burn. We know Raymond will become more dangerous, Jacqueline will become more oblique, and Eldon will do things that he will regret and make choices that will affect his life forever. (Whats the over/under on someone threatening his daughters life before episode five?)

In fact, none of the story is that compelling, and just based on the two episodes Hulu unveils on 19 October (with subsequent new episodes each Wednesday), I cant imagine why anyone would want to see more. The pace is leisurely, the music intrusive, and it seems like co-creators Alexandra Cunningham and Kem Nunn (the show is based on Nunns book of the same name) dont have enough story to get them all the way through the 10-episode run. The tension doesnt seem like suspense, necessarily, but simply withholding information for subsequent pay offs.

Though the plot is a classic noir, the filming is brighter and more diffuse, with some interesting innovations. During one scene, when Eldon comforts Jacqueline in a caf, the camera takes turns showing each of them talking directly into the lens as if theyre confessing their emotions not to each other but directly to the audience.

However, that is one of the few strokes of genius in an otherwise bland endeavor. Otherwise were stuck with the same nice guy being compelled to do the same bad things without adding anything new or interesting to that philosophical exercise constantly played out on the tube. Hugh Laurie deserves something better and so do we.