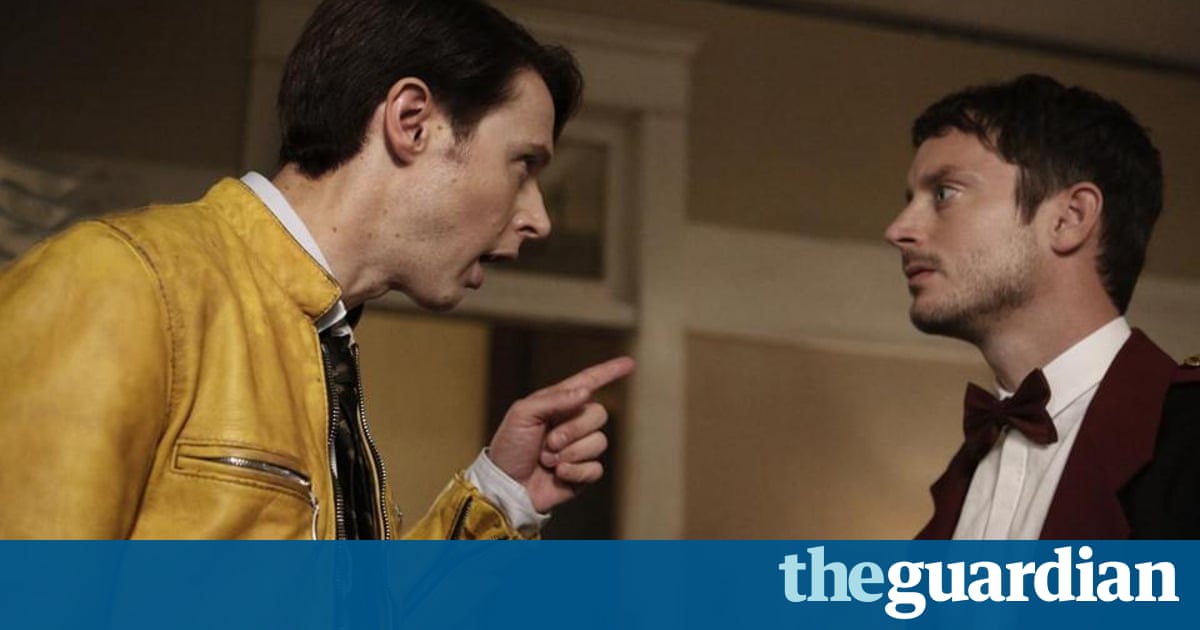 It was always a certain kind of kid in high school that would be carrying around a dog-eared copy of Douglas Adams Hitchhikers Guide to the Galaxy: a bit of an outcast, kept to himself, was a little bit too into Star Wars, and always knew where to get the best weed. Its exactly that same guy who will love BBC Americas new adaptation of one of BBC radio producer turned novelist Adams other seminal novels Dirk Gentlys Holistic Detective Agency. For the rest of us, well, it might be a little much.

Todd Brotzman (Elijah Wood) is a hotel bellhop who is having an awful day his landlord is demanding rent money, he sees himself in a bloody fur coat roaming the halls of his hotel, and, worst of all, he discovers a murdered millionaire in the hotels penthouse. That is what attracts Dirk Gently (Samuel Barnett), the suggestively named detective hired by said dead millionaire to investigate his own murder six weeks before he was killed in what appears to be an animal attack.

Dirk is a holistic detective, which means that he believes in the fundamental interconnectedness of all things and he investigates his cases by doing absolutely nothing and relies on coincidence and happenstance to guide him toward a solution. He says: My intuitions are rarely wrong but also rarely completely right. It seems unclear why anyone would spend either money or confidence on Dirks abilities, but, as these things do, they always seem to pan out.

Dirk decides that Todd was put in his path to be his assistant and best friend, a job that Todd certainly doesnt want but might be uniquely qualified for. Dirk promises that Todd will get paid for his work and Todd needs the money desperately. Hes not only in the red with his landlord but hes also trying to pay for his sister Amandas (Hannah Banks) treatment for Pararibulitis, a (fake) condition where she has hallucinations she believes are real. Its a genetic disease and one that Todd successfully fought himself.

But how does all of this fit together? And how does it fit with the Rowdy 3, a quartet (yes, they know) of marauding energy vampires, the kitty cat found at the murder scene, a corgi that seems to be following Todd around, a pair of mysterious black ops types who are secretly protecting Dirk, a woman who is chained to the bed in the apartment above Todds, and a holistic assassin who is on the warpath trying to find Dirk and killing anyone she wants before she gets to him?

That sure is a lot to pack into one show, and it sometimes feels like whiplash to go from one set of whimsy to another set of idiosyncratic mischief. However, the relationship between Dirk and Todd (just barely) holds the thing together. Though Todd says he has no interest in side-kicking, they soon settle into the familiar Sherlock and Holmes dynamic of an annoying genius that its hard to trust and his long-suffering and overly competent assistant.

In his annoying genius, Dirk Gently talks a lot about the parallels of life. Everything is chaos, but its synchronized, Dirk tells Todd. There is always something ready to mirror itself life turning inward. That is a perfect way to describe the program, but, so far, it doesnt seem like the chaos is synchronized at all. In fact, its a little too daffy for those who dont think two people killed by randomly ricocheting bullets in one pilot episode is one too many.

There is a lot of that True Detective by way of Cheech and Chong mumbo jumbo going around. Every second is a chance to save your life, Todd overhears on a television broadcast. Every choice is a new beginning. This is your chance to fix everything. These are the kids of platitudes that seem profound when youre coming down off of MDMA but completely fall apart when examined more deeply.

Just like this years Preacher adaptation on AMC (a sister network to BBC America) Dirk Gentlys Holistic Detective Agency manages to blend genre conventions and humor quite effectively, which is something we need more of in this very earnest age of The Walking Dead and Westworld. However, it ultimately fails at being anything other than goofy. That is another universal trait of that kid from your high school with the good weed: he always thought he was a lot deeper than he really was.