Marvels latest yarn features the Sherlock star as a surgeon who battles evil with the help of martial arts, knuckle dusters and a mysterious ancient guru 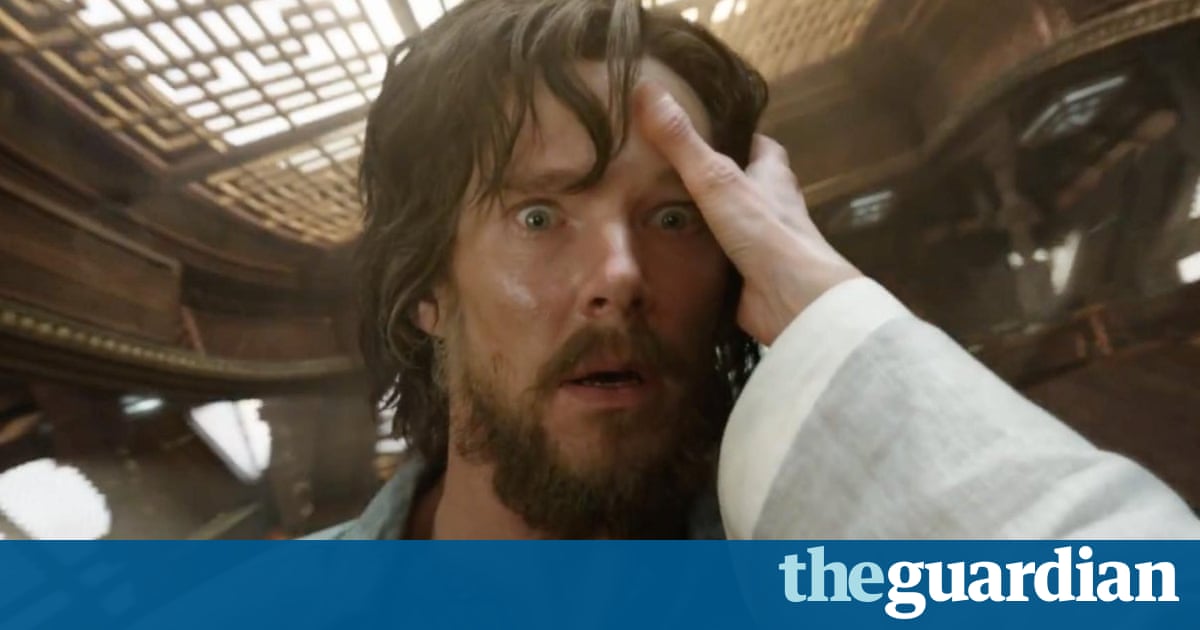 Like his near-namesake Strangelove, this is a character in touch with vast elemental powers and who also makes a miraculous recovery from apparently irreversible disability. Doctor Strange, the newest Marvel superhero, stars in a movie that, perhaps due to misalignments in the multiverses space-time parameters, comes too late to be the summer smash of 2016. This exotic action-adventure is very entertaining nonetheless: an eye-poppingly freaky extravaganza with city-folding moments of surreality comparable to Christopher Nolans Inception; yet it wears its digital accomplishment a bit more lightly. Marvel supremo Stan Lee is to be glimpsed making a cameo on a city bus, chuckling over a copy of Huxleys Doors of Perception the closest the film comes to advocating illegal drug use.

Doctor Strange is played with deadpan theatrical relish by Benedict Cumberbatch; and though his intellectual glamour never quite reaches Sherlockian heights, its a much more enjoyable and satisfying character for him than John Harrison, the shady figure from Star Trek Into Darkness. Strange is a man of science who overcomes his foolish egotism and rationalism to become champion-warrior of the astral plane. He exchanges a neurosurgeons scrubs for a velvety neo-Edwardian uniform with an occult medallion and high pointy collars, accessorised with a fierce goatee, like a glam rock vocalist who yearns to do a magic act in Vegas. Spirit and flesh are in harmony. His superhero name is the same as his civilian name. Only a Dawkinsian rationalist will appreciate the poignancy of this escapist fantasy.