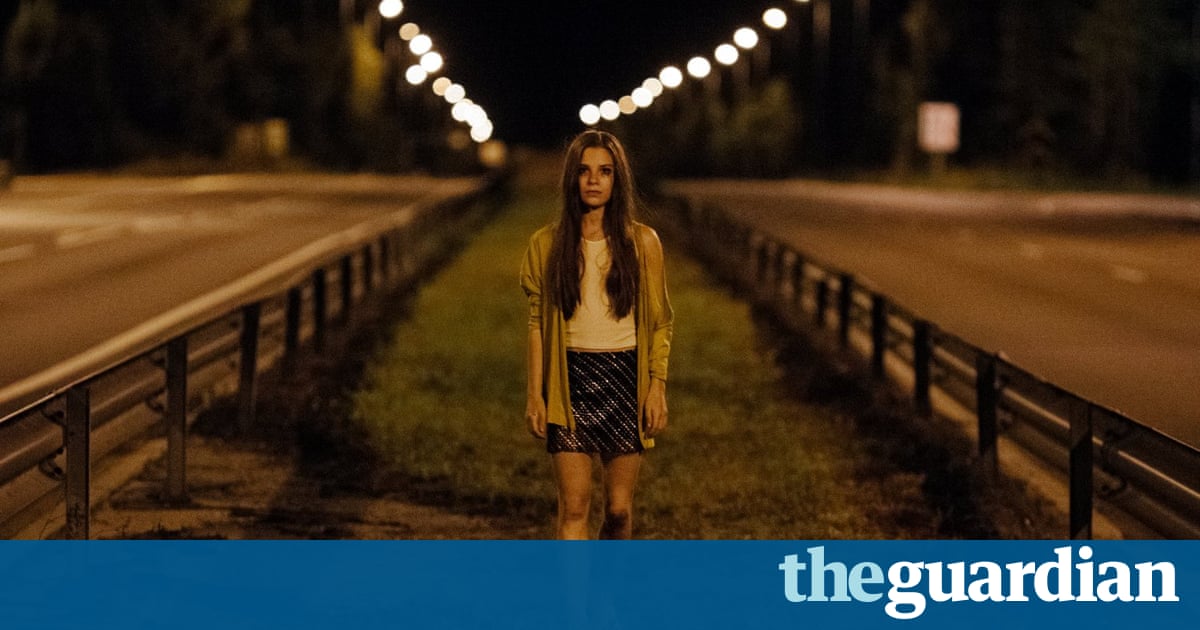 Theres a certain type of film-making the washed-out colors, the bleak autumn landscape, the small towns with big problems which are always about five minutes away from a downpour or maybe just five minutes after the end of one that suggest a TV drama set in the Pacific north-west.

To be even more specific, it usually indicates an American remake of a Scandinavian show. Remember The Killing? Sadly, I do too.

Eyewitness, a new anthology series, has that look and is a remake of a popular Norwegian show. But its actually set in Tivoli, New York, not far from Manhattan. The setting isnt the only thing thats different. It is a visually compelling and narratively complex (if a bit derivative) take on the small-town crime genre.

The big crime here is a drug-related multiple murder in a cabin on the heroin smuggling route from the city to points north. What should seem like an open and shut case of a drug deal gone wrong is complicated by a number of factors: one of the dead men was an FBI informant and the killer was somehow caught up with a nearby kingpins 17-year-old daughter.

But the biggest complication is that Lukas (James Paxton, son of Bill) and Philip (Tyler Young), two closeted high school students who stole away to the cabin for some intimate time together, witnessed the whole thing.

To lend that level of coincidence that always infects a rural crime thriller, Philips new foster mother is the local sheriff. Helen (Julianne Nicholson) is a bit of a hard-ass, with observation and deduction skills that come in handy when trying to piece together a crime. Shes not so good at trying to make a skittish gay teenager trust her.

Helens investigation is thwarted by an FBI agent, Kamilah Davis (Tattiawna Jones) but aided by her wisecracking partner Tony (Matt Murray). That might be the big draw, but the story between the two teens is much more emotionally engaging.

In one of the better-observed stories about gay teens searching to make sense of their newfound sexual urges, the push and pull between Philip and Lukas is fascinating if painful to watch.

Lukas says at one point: I dont want to be that guy, my father doesnt want me to be that guy, no one wants me to be that guy. Though a bit trite, it perfectly encapsulates his feelings while showing he cant resist spending more time with Philip, not only as lovers but also as companions. The two almost seem to despise each other, even as they cant pull themselves away.

The other high point is Nicholsons performance. Though she has been on TV before, most notably in the quickly forgotten Red Road, it seems like an actress of her caliber should have landed a role this meaty before. She brings a great nuance to Helen, hard-edged but sympathetic.

Thankfully, her character is not the sort of very talented jerk that is usually at the center of a procedural. With her brittleness and dedication to her job, Helen is the type of character that would usually be played by a man. Her bland, well-meaning husband Gabe (Gil Bellows) is often left with little to do but care for the children.

While the investigation is dragged out a little bit longer than necessary over the 10 episodes, the ambient pleasures of watching Nicholson and her two young co-stars are enough to keep anyone plugging through the more boring stretches.

The show, adapted for American television by Adi Hasak (Shades of Blue) with the first two episodes directed by Catherine Hardwicke (Twilight), offers a deceptive substance lying below the surface. Eyewitness will not only fool viewers into thinking its set in the Pacific north-west, but also that it is more conventional than it truly is.