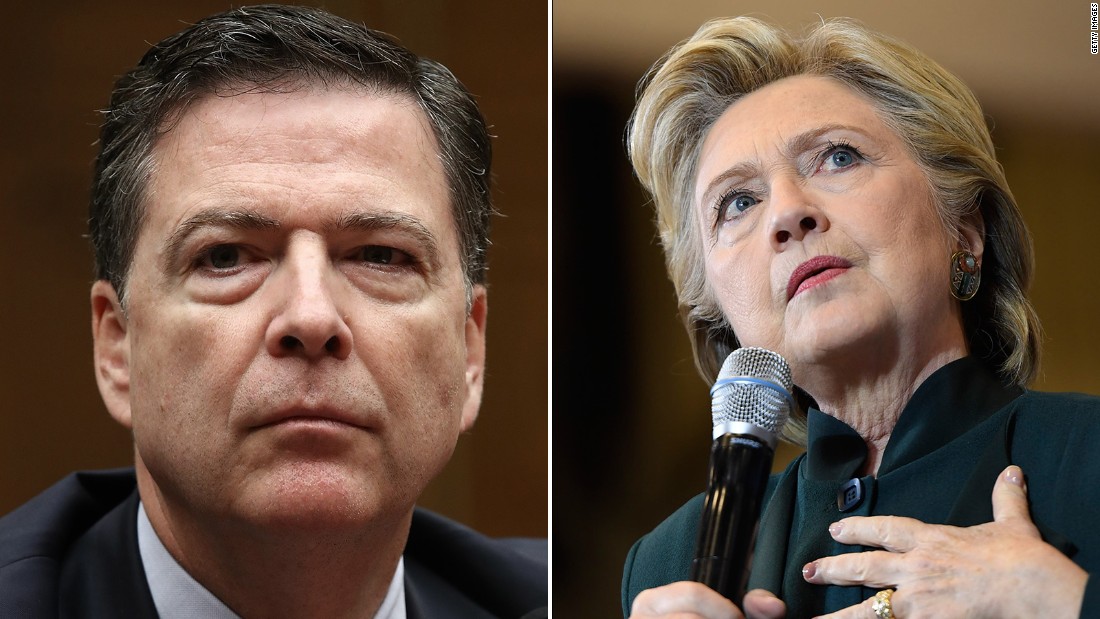 Washington (CNN)In the days since the FBI dropped a bombshell into the presidential race with the discovery of new emails relevant to the Hillary Clinton server investigation, bureau investigators worked “around the clock” to review the large volume of emails, two law enforcement officials told CNN.

Key to the effort was software that was refined from its previous uses for the review of emails found on a device belonging to Anthony Weiner, the disgraced former congressman and estranged husband of Clinton’s top aide, Huma Abedin.
“A lot of this was a matter of technology,” one official said. “Without the technology, this would have taken a lot longer.”
The news that the FBI was confident in its July conclusion that there was not enough evidence to support criminal charges related to the server came in a letter from Comey to Congress on Sunday. That was the same way that Comey had initially thrown the presidential race into flux late last month, when he sent a letter to Congress saying newly discovered emails on Weiner’s device, which came up in a separate investigation, were being looked at in relation to the Clinton investigation.
Now, the probe is considered over with regard to Clinton.
FBI clears Clinton, again
But with not all the emails deleted by her attorneys for being personal in nature recovered and not all the devices used to transmit the emails in the FBI’s possession, it is possible something else could turn up that would require more review.
There were some classified emails found in the Abedin review, but the officials stressed the issue is not the classified information so much as proving intent. The sources would not specify how many of the classified emails were new or duplicates of ones already reviewed. Nor would officials say how many there were and what levels of classification they were at.
Another source told CNN that none of the newly recovered emails were referred to other intelligence agencies to conduct a classification review. That suggests that none of them were considered a “close call” in terms of classification, the source said.
“Keep in mind we are focused on intent,” one official said. “We know there are classified materials, but that doesn’t change the conclusion reached back in July.”
The FBI team that conducted the email probe was reconstituted to handle the review of the new emails, which included some they hadn’t previously seen in the yearlong probe of the server.
As for others who were part of the probe, including Abedin, the FBI is still working on some remaining aspects of the review, including determining how the emails ended up on the laptop in the first place. Abedin’s attorneys have said she doesn’t know why these emails were there because this wasn’t a computer she used.
The expectation remains that investigators will have to talk to Abedin again.
It is not uncommon to come across new evidence after concluding a probe — which is what happened in October. Normally, investigators take a look to see if anything changes in their conclusions and it’s not a controversial issue. This case isn’t a normal case, given the election and the stakes.
Comey sent Sunday’s letter to Congress as soon as possible, a senior law enforcement official said. The bureau chief was “very careful” about how the letter was crafted given the sensitivities.
Attorney General Loretta Lynch was informed ahead of time that the FBI director was sending the updated letter to Congress, a Justice official told CNN on Sunday.
Lynch and Deputy Attorney General Sally Yates disagreed with Comey’s earlier decision to notify Congress last month. The attorney general backed Comey’s move Sunday.
“Everyone is on the same page,” the senior law enforcement official said.
Since there is no change to the original findings, the Justice Department has no need to weigh in further, the official added.
“The Department of Justice and the FBI dedicated all necessary resources to conduct this review expeditiously,” the Justice Department said in a brief statement released Sunday afternoon.