In this masterly documentary, Gianfranco Rosi contrasts the lives of the desperate thousands landing on the shores of a Sicilian island with the everyday existence of the locals 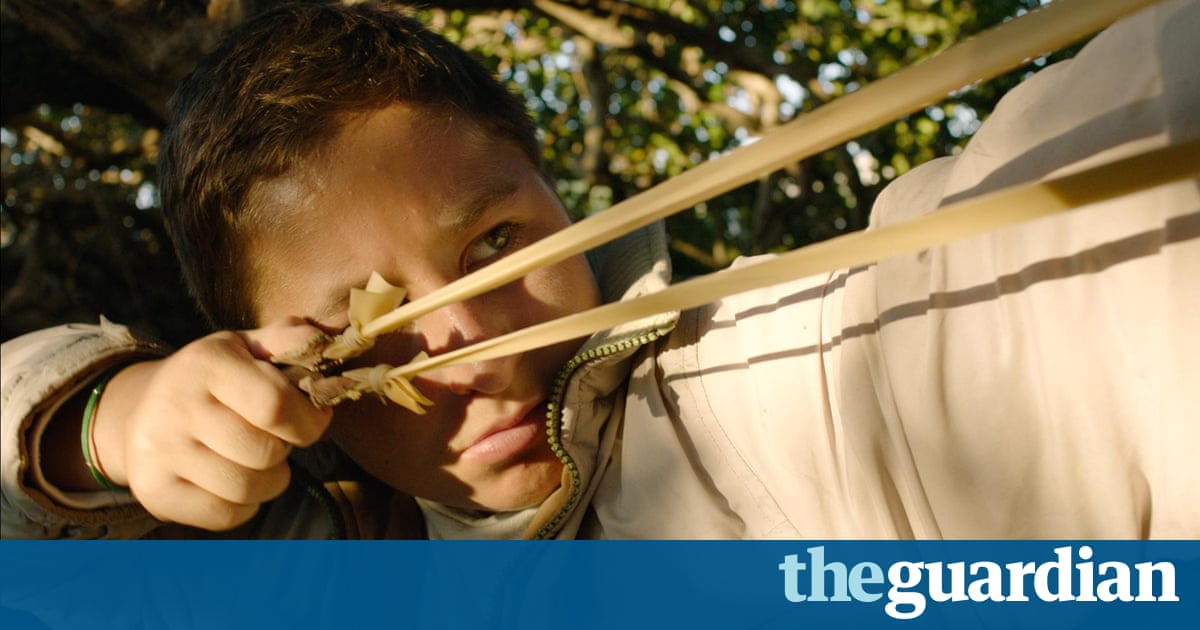 Gianfranco Rosis beautiful, mysterious and moving film is a documentary that looks like a neorealist classic. It is a portrait of Lampedusa, the Sicilian island where desperate migrants from Africa and the Middle East arrive each year hoping for a new life in Europe: 400,000 in the last 20 years. Around its coast thousands are drowned, or dragged dead from their grotesquely unsafe inflatables, burned or poisoned by fumes from the diesel with which their craft have had to be refuelled from jerry cans mid-journey, in choppy seas. Lampedusa has quietly become the tragic epicentre of the migrant experience: part holding tank, part cemetery.

The title refers to a wartime Sicilian song that a local DJ is shown playing, about the bombing of an Italian warship in 1943 in port at Lampedusa, prior to the islands surrender to the allies, and how the flames lit up the night: Che fuoco a mare che c stasera (What fire at sea there is tonight). It also put me in mind of the line from the maritime hymn: For those in peril on the sea. Islanders in Lampedusa make a living from fishing. Generations have grown up and grown old with the fear of dying at sea. The endless tide of migrants has made that fear a daily and horrible reality.

Using mainly fixed camera positions and no narrative voiceover, Gianfranco Rosi enigmatically juxtaposes scenes, switching between the migrants daily, desperate landfall, and the everyday existence of one Lampedusa family: and one young boy in particular, Samuele, whose uncle is a fisherman. Samuele does his best at school, he slurps his pasta at dinner, and he likes cutting branches that will make handles for his naughty slingshots. He has a lazy eye that doctors are treating with the old-fashioned method of blanking out one lens for the good eye, forcing the lazy one to work harder. Samuele is also suffering from hyperventilation and anxiety, and is seen by the same depressed doctor who has to attend to the migrants and carry out autopsies on their wretched corpses. He is the one explicit point of contact between the migrants story and Samuele, one hint of a symptom, or a larger malaise.

Rosis previous film was the fascinating Sacro GRA, a prose-poetic study of the Grande Raccordo Anulare, or ring road around Rome, and the people who live on this margin. There is a similar effect in Fire at Sea. Rosi has recorded quiet details from indigenous Lampedusan lives at the periphery of something far more historically dramatic and sensational, but the quietly telling details are like jetsam, flung out centrifugally. The film does not take a view; it does not demand action. It simply shows us the details, and I felt I learned more from this film than from the nightly TV news.