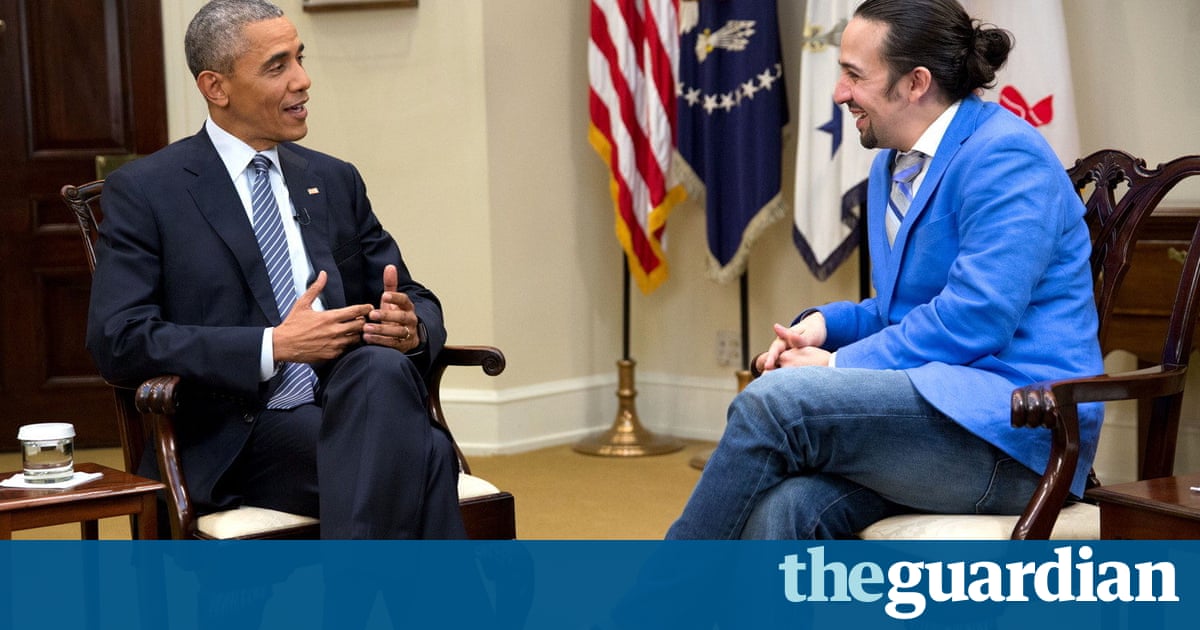 Now that Lin-Manuel Mirandas Hamilton, the hip-hop biography of Alexander Hamilton, has won its Grammy and its Pulitzer and its many Tonys, its place in the cultural firmament is assured. Tickets to the show at the Richard Rodgers theater, which seats only 1,319, are notoriously difficult to snag and more than worth their weight in gold. So theres a ready-made audience for the PBS documentary Hamiltons America, which screens on 21 October under the aegis of Great Performances: everyone wants to be in the room where it happens.

The documentarys producers, RadicalMedia, had a hunch that Hamilton would be a success and began filming Miranda in 2014, months before rehearsals began. Miranda, ponytail in various stages of growth, is an enthusiastic and unpretentious host. Sometimes he speaks directly to an unseen interlocutor; at other times he asks the questions, interviewing those who have inspired him, from Stephen Sondheim to Nas, from his father to Barack Obama. (Mirandas fathers description of his immigrant experience is poignant and pointed.)

The best sequences juxtapose Miranda and the shows stars with historic settings the women of the cast visiting the home of an aunt of the Schuyler sisters, one of whom Hamilton married; Leslie Odom Jr and Miranda strolling along Maiden Lane in New York and executing an impromptu shoulder shuffle; one beautiful scene of Miranda writing in Aaron Burrs bedroom, mouthing words with his eyes closed, headphones clapped to his ears. Also featured are a few choice bits of backstage banter and freestyling, which mostly serve to whet the appetite for more. Unfortunately, theres almost no rehearsal footage or any sense of how the show was built from the script up. The filmed excerpts are beautifully shot, though tantalizingly brief.

When it comes to the history of Hamilton himself, the approach is dutiful, with predictable archival images and talking heads. Some of these heads are more incisive than others. Ron Chernow, on whose book Hamilton based the musical, is of course a welcome presence, as is the historian Joanne Freeman and Senator Elizabeth Warren, who offers a nuanced critique of Hamiltons elitism. But the likes of Jimmy Fallon and George W Bush dont offer much illumination, though Bushs analysis of Hamilton is interestingly self-serving: Thats the way history works. Sometimes it takes a while for people to give you credit.

Is any of this more rewarding than a filmed version of the show in the style of NT Live would be? Not really. Michelle Obamas hyperbolic encomium, that Hamilton is the best piece of art in any form that I have ever seen in my life, is fun to hear. But wouldnt it be better to listen in on the art itself or at least tell the story of its creation more specifically? The producers of this engaged and often astute film have in no way thrown away their shot, but they might have taken more particular aim.