Raoul Pecks stunning look at the civil rights era ends up as the writers presumptive autobiography, but it gets there via an unexpected route 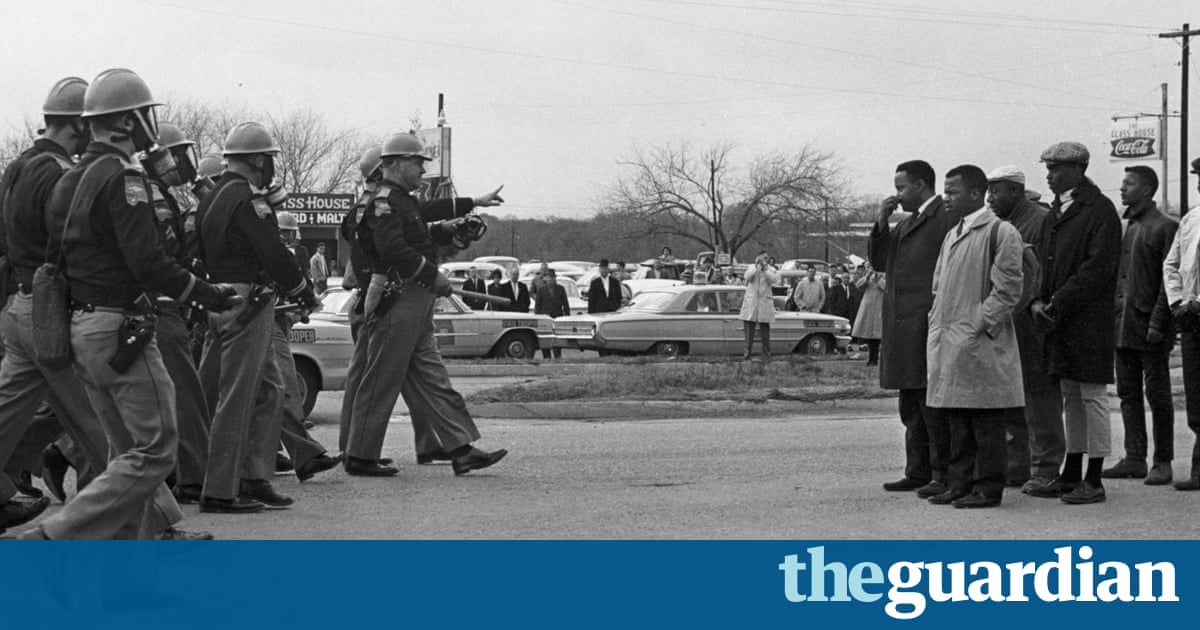 Raoul Pecks documentary I Am Not Your Negro has a written by James Baldwin credit in its opening sequence. At first this seems like a polite tip of the hat to the author, essayist and public intellectual who died nearly 30 years ago. Soon we realize this is an accurate statement of fact. Each line of the narration that permeates the film is taken directly from one of Baldwins texts or letters. His words dominate the archival clips as well.

It in no way diminishes Pecks work as a film-maker to suggest that Baldwins ideas and personality are the author of this movie. It is a striking work of storytelling. By assembling the scattered images and historical clips suggested by Baldwins writing, I Am Not Your Negro is a cinematic sance, and one of the best movies about the civil rights era ever made.

Eschewing talking head interviews, Pecks documentary ends up as Baldwins presumptive autobiography, but it gets there via an unexpected route. During the final years of his life, Baldwin was researching a book he planned to call Remember This House. It would profile three assassinated civil rights leaders: Medgar Evers, Malcolm X and Martin Luther King. He intended it to be a personal work, as he knew each of these men, and telling their stories would likely be a springboard to tell his own story at a more advanced age.

Beginning with Baldwins pitch to his agent, we link to touch points with the slain men, hopping through time, juxtaposing Baldwins personal essays with his public statements. (As with last years wonderful Best of Enemies, I Am Not Your Negro excerpts from the Dick Cavett show. I can only imagine a documentary about him is headed our way soon.) The entirety of Baldwins written and on-camera oeuvre eventually mixes down to a roux, and while Peck uses the occasional chapter break, the effect is more of a Chris Marker-like cine-essay than typical Frontline-like reporters documentary. (Though they both focus on the topic of race in America, I Am Not Your Negro is quite the opposite of ESPNs justly celebrated OJ: Made In America.)

Peck occasionally takes advantage of some of Baldwins more prophetic passages to flash-forward through time. Images from Ferguson, the Obama inauguration and the dross of daytime TV arent there so much to say see, he was right? as to make us realize the timelessness of his greater arguments. Baldwin did much of his best writing about America while living as an expatriate, and this outsiders perspective (shared by Peck, who is from Haiti) brings with it a tremendous amount of clarity. I Am Not Your Negros specifics are only intermittent, like reporting on different reactions between white and black audiences during Sidney Poitier films. By and large this film concerns itself with the greater philosophy of why groups in power behave the way they do. This might be the only movie about race relations Ive ever seen that adequately explains with sympathy the root causes of a complacent white American mindset. And it took a black writer and director to do it.

The narration is done by Samuel L Jackson, and its one of the best things hes done in years. No offense to the many boldfaced names who swoop into a recording booth to lend their voice and celebrity to a well meaning issue-oriented documentary, but what Jackson does here is give a performance. He doesnt exactly mimic Baldwin, who we see in many of the archival clips, but he does much more than read words on the page. (I didnt even realize it was him until the closing credits.) We live at a time when almost every notable person from the 20th century has a documentary about them streaming somewhere. Thats all well and good if they are about someone whose work you fancy. I Am Not Your Negro isnt a special interest title, it is a film.