Inferno review say hello to the 10th circle of hell 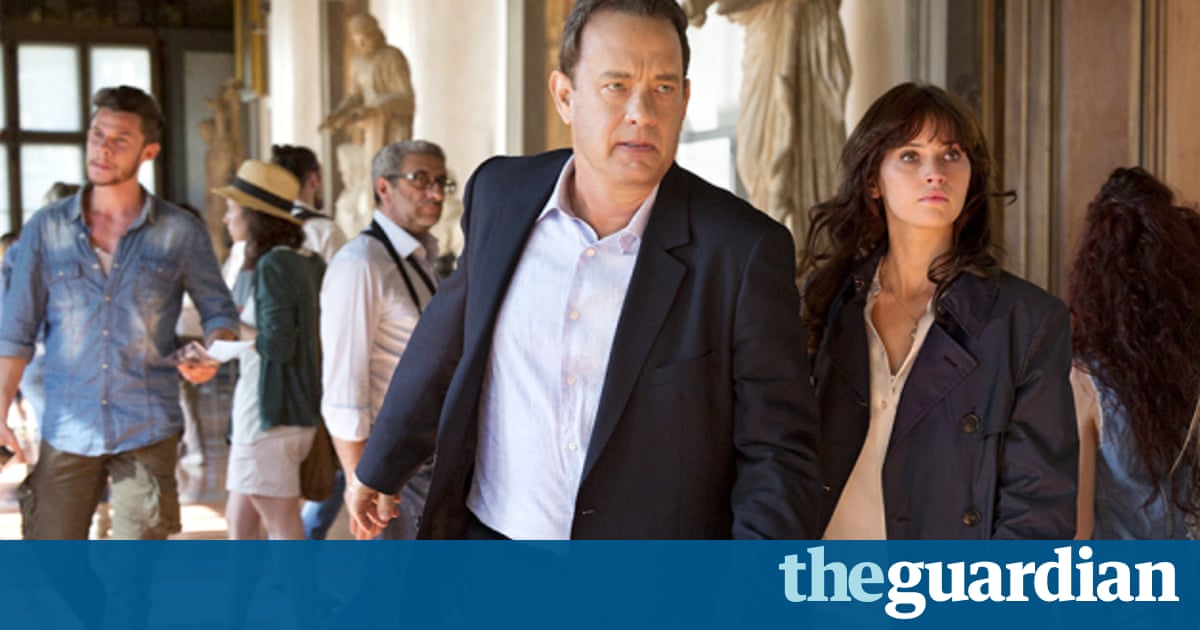 Purgatorio is maybe closer to it something bad is happening, not the full Inferno, but it could be the gateway to the Paradiso of this fantastically boring film actually coming to an end. After 121 theologically unfathomable minutes. And after the dumbest and most anti-climactic oh-my-God-I-cant-get-a-signal-on-my-cellphone moment in film history. Theres a lot of people frowning, running about in tourist locations, frowning, driving cars, firing guns, talking on the phone, frowning, but at the end the block is stubbornly unbusted.

Here is the third Dan Brown film, after The Da Vinci Code and Angels and Demons, but it now seems an awfully long time since his super-tourist semiology thrillers were in any way hot. All the excitement has long since transferred to girls on trains or 50 shades of grey. These bestsellers emphasis on culture and art history is refreshingly high-minded in a way, but it has long since dawned on fans and non-fans alike that his wildly silly stories and their concealed clues wont lead you to anything exciting or insightful about Christianity or the Renaissance any more than Platform 9 3/4 at Kings Cross will lead you to a school for wizards. What youre left with is story and character and both are as flat as old, cold pancakes.

Tom Hanks is back his capacity for wit and ironic charm once again wasted on the role of Dr Robert Langdon, an academic who is sort of a brainier, duller Indiana Jones. He awakens, after a very boring apocalyptic dream-vision, in a Florentine hospital suffering from a head injury and amnesia. So not only will he have to piece together the upcoming puzzle in the usual way but he will have to piece together his own role in it from the shattered remains of his memory.

It seems that crazy bearded biotech billionaire Bertrand Zobrist (Ben Foster) has become obsessed with humanitys imminent demise through overpopulation. He also believes that the thinning-out process caused by The Black Death gave humanity the breathing space to create the Renaissance. So he has created a huge poison-bomb which will cull 50% of people. But does he just detonate it? Corks no. He hides it before topping himself and hes left a trail of clues embedded in Botticellis illustrations of Dante! The tiresome pedant.

Soon, flinching and wincing with that awful head pain of his, Dr Langdon is on the case, and of course he has a doe-eyed helpmeet Sienna, a super-smart hospital doctor played by Felicity Jones. There are many apparently sinister and ruthless people after the secret too and after Langdon. There is Dr Elizabeth Sinskey (Sidse Babett Knudsen) and Christoph, a tough guy secretly employed by the WHO – the World Health Organisation, not the supergroup to find this bio-device. But who are the good guys?

Soon Hanks and Jones are running through swarms of tourists and gap yah students in Florence and Venice often finding it very easy to blag their way into super-important art galleries and places of worship where they must decipher weird fragments of sub-Hallmark poetry from centuries lost. Once upon a time, this wackiness had some novelty value. Now its tedious.

Fire at Sea review masterly and moving look at the migrant crisis
You've Been Trumped Too review this is what a Trump win would look like
Review: Doctor Strange Might Just Be the Future of Marvel Movies