In an unnerving documentary, images of throbbing magma are spliced with stories of the people living with the threat of spectacularly destructive eruptions 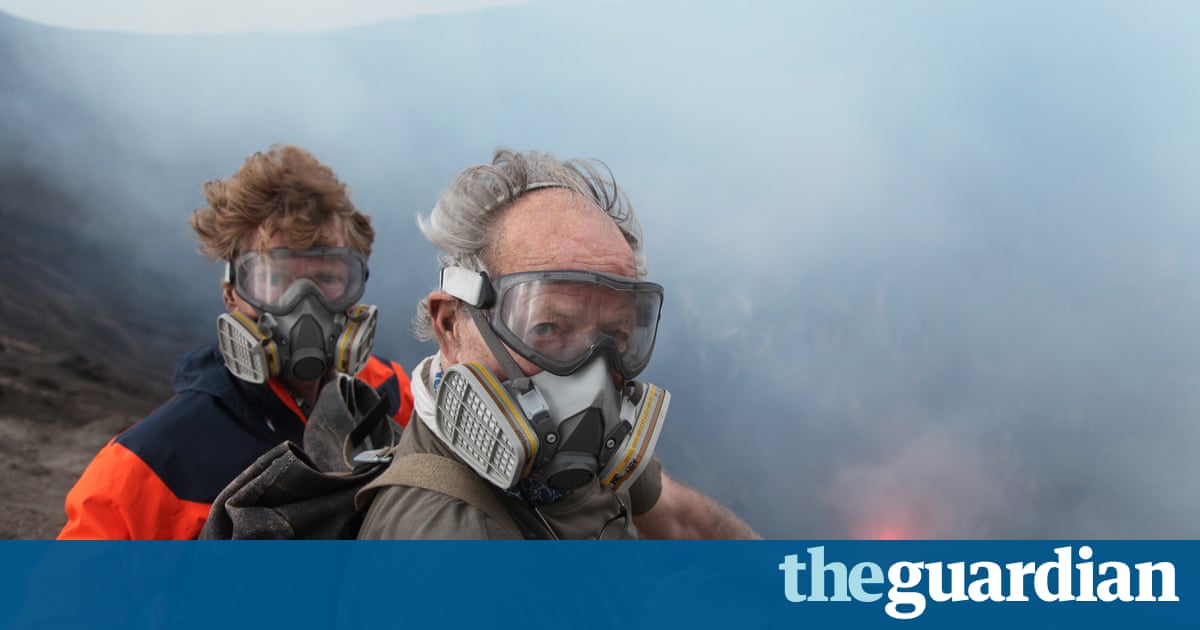 With Into the Inferno, Werner Herzog returns to the subject of active volcanoes, for which he has long had an intense, horrified fascination. There is a nihilistic awe with which he presents his primeval images of churning red lava and throbbing magma, pulsing beneath the Earths crust with their terrible destructive power. He loves to fly over volcanoes in a helicopter and look down directly into the boiling epicentre. It triggers a kind of Kurtzian horror. Or perhaps ecstasy.

Despite the title, however, Herzog does not explicitly compare volcanoes to hell. The nearest he comes to theology is a final monologue, delivered in his unmistakable rasp: It is a fire that wants to burst forth and it could not care less about what we are doing up here. This boiling mass is just monumentally indifferent to scurrying roaches, retarded reptiles and vapid humans alike. He also interviews a tribal community elder in Vanuatu, who lives in the shadow of a volcano and professes he is mesmerised by the fiery liquefaction of lava in which he sees a vision of the worlds end: Everything will melt, the stones, the trees, everything, like water

Herzog made a short in 1977, La Soufrire, about a terrifyingly imminent eruption in Guadeloupe, and a feature documentary, Encounters at the End of the World, in 2007, about Antarctica, where there is a volcano. There he encountered a committed British volcano specialist named Clive Oppenheimer, who does the presenting here and is effectively Into the Infernos co-creator. Could Oppenheimer be the wild man that Herzog so often looks for the Aguirre, the Grizzly Man? Not really. Hes too calm. Perhaps closer to this is the French volcanologist husband-and-wife team Maurice and Katia Krafft, who took crazy risks to get their stunning closeup photographs of lava flow and in 1991 died in the attempt. But in any case, Herzog is, of course, his own wild man.

Oppenheimer and Herzog travel to Indonesia, Iceland, Ethopia and North Korea to investigate not only the volcanoes, but also the people who live with them, and must co-exist with this terrifying Damoclean sword over their heads. Herzog casts an anthropologists eye on them, and sees how these people have developed customs and rituals that are part fearful, part celebratory. They bow the knee to the volcano; they draw strength from its awful power but also cower and convert their fear into religious myths. In Indonesia, locals have evolved the legend of a supernatural American GI called John Frum who will one day emerge from the volcano to spread his bounty.

Wittily and rather mischievously, Herzog suggests the volcano phenomenon also explains the behaviour of the North Koreans. Official propaganda emphasises the beauty and majesty of the Mount Paektu volcano, whose potency is of great symbolic significance. Herzog and his crew got into North Korea on the original and ingenious pretext that they wished merely to investigate the volcano. In so doing, Herzog got very interesting footage of that country, and came away with some real insights. Could the politics of North Korea be just another freaky volcano death cult?

In Iceland, Herzog talks about the Laki eruption of 1783, which wiped out a huge area of land. Of course 1783 is a long time ago, but there is nothing reassuring about that. There is no narrative or historical logic that consigns these horrors to the past. It is beyond history, beyond time and could happen again at any time.