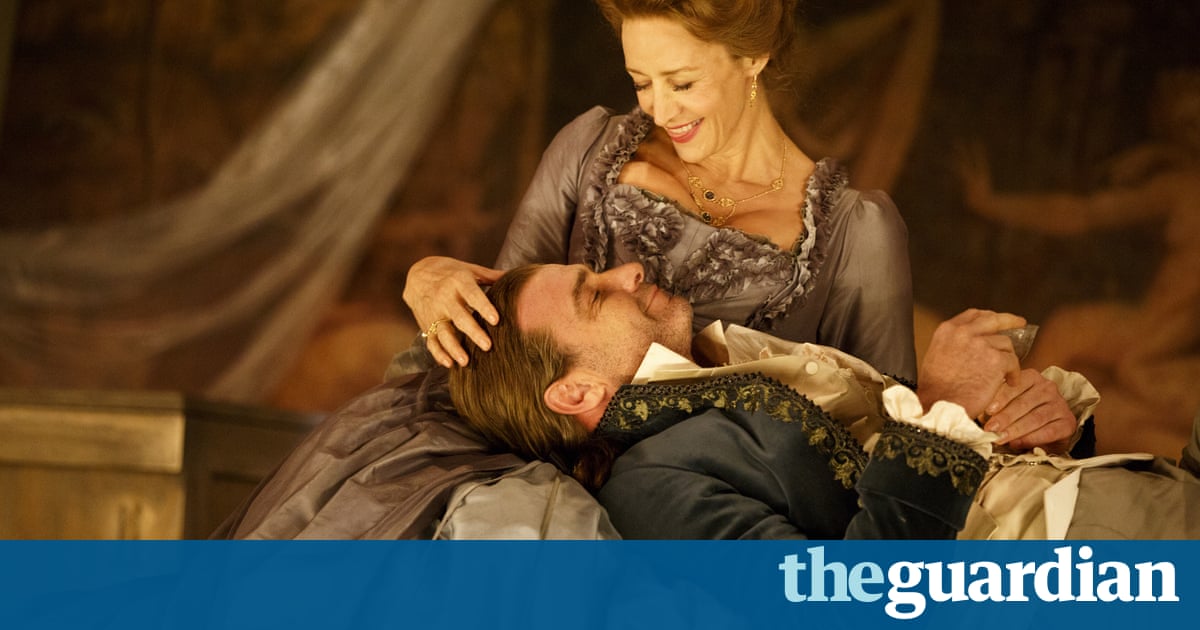 When the poet Charles Baudelaire read Les Liaisons Dangereuses, he wrote that Pierre Choderlos de Laclos 1782 novel burns as only ice can burn. The fire is rather more lukewarm in Josie Rourkes revival of Christopher Hamptons adaptation, which opened at the Donmar Warehouse and has since moved to Broadway, with Janet McTeer now joined by Liev Schreiber.

If he can also manage to deflower a silly teenager just released from a convent (Elena Kampouris), so much the better.

Love and revenge, the Marquise entices Valmont. Two of your favourites.

Liaisons was revived on Broadway fairly recently, in a 2008 production that starred Laura Linney and Ben Daniels and did little to surmount audience memories of Alan Rickman and Lindsay Duncan in the stage debut or Glenn Close and John Malkovich in the Stephen Frears film.

That revival felt trivial; this one feels a little more ponderous. Rourke and some of the actors take the script so seriously they sometimes forget to have much fun with it. Whats the point of all those bodices if they wont be ripped?

Even the set seems rather somber, a distressed chateau that suggests the ways in which sexual gamesmanship and societal manipulation continue from pre-revolutionary France to the present.

Rourke offers a feminist reading of the work, one in which the roles women play, by force and by choice, are closely examined. Observations about gender dynamics (Our sex has few enough advantages, you may as well make the most of those you have; Men enjoy the happiness they feel; we can only enjoy the happiness we give) are afforded particular weight.

This is an astute and intellectually provocative approach, but it doesnt always serve the rather more salacious script and has the undesired effect of making a grandly hyped battle of the sexes into a first-round KO.

This production has no doubt that Merteuil will win, though at some cost to herself, and Schreiber seems to sense this. Theres a saturnine, slightly defeated air to his alcoholic Valmont. Despite Schreibers height, swagger and masculine force, his Valmont is no match for Merteuil. He layers some of his eventual rout into the earlier scenes, all but ceding the stage to McTeer.

McTeer knows what to do with it. She has set her voice somewhere between purr and growl and arranged her hands and arms into movements that are both perfect expressions of court gestures and precise parodies of them. Her Merteuil is both elegant and vicious, with an air of surface refinement barely concealing the ferocity below.

There are claws beneath her manicure, fangs behind her smile. Her extraordinary performance is scorching and chilling. Ice and fire at once.