Culturally accurate and with a pleasing know who you are message, this South Pacific adventure tale nevertheless settles into empowerment cliches 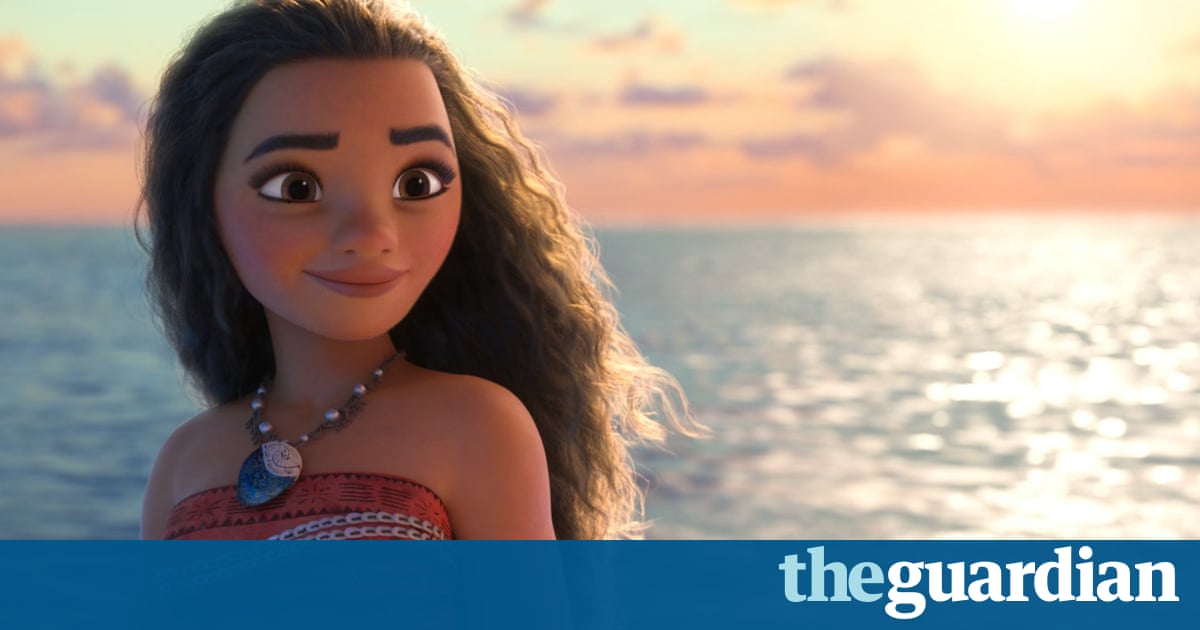 Disney animations never have it easy. They have been accused of ethnic stereotyping and of having a white-centric worldview. But when they attempt to embrace other cultures, the studio is told off for appropriation. The latest entry, Moana, which is inspired by Polynesian mythology and culture, has attracted criticism for depicting Pacific islanders as stereotypically overweight, and for selling a padded, tattooed bodysuit as a childs Halloween costume (which the studio hastily withdrew). Credit to Disney for even wading into these hazardous waters, then. And this seafaring adventure appears to take great pains to get it right, from the textile designs to the dance movements, the coconut-based crafts to the lovingly rendered turquoise seas.

But there are other traditions Disney animations must respect. As one character says of our heroine: Youre in a dress and youve got an animal sidekick: youre a princess. Despite Moanas denials, this is a Disney princess movie, which means it has certain royal obligations to fulfil: a role-model heroine, a magical quest, a wholesome message, a merchandisable animal sidekick (in this case, a supremely dumb chicken) and musical numbers that will pass the playground test. (Some of them do: Hamiltons Lin-Manuel Miranda had a hand in the songwriting and the earwormy How Far Ill Go is this years Let It Go).

The course of the story is set by a prologue telling the legend of Maui, a trickster demigod who stole the goddesss fertility-giving heart-stone, but then lost the magical fishhook that enabled him to transform into other animals. So when teenage Moana (voiced by newcomer Aulii Cravalho) sees her implausibly contented preindustrial society going into ecological meltdown, she knows what she must do. Her huge, overprotective father (who is the size of a large fridge), forbids anyone to sail beyond the reef, especially his daughter. But her more free-spirited grandma reveals to Moana her seafaring heritage, and beseeches her to ignore dad, listen to her inner voice and hit the high seas, preferably with an animal sidekick.

Of course, she runs into Maui, a charming, slightly vain proto-surfer whose animated tattoos betray his bruised inner feelings. He wears his heart on his pecs, you could say. If dad was a fridge, Maui is a small car. Moanas waist is about the same circumference as his wrist. That may be conceivably offensive, but it bears remembering that Maui is a demigod, not a representative mortal, and that hes voiced by ex-wrestler Dwayne the Rock Johnson, whose sport career was founded on his conspicuous lack of svelteness. Maui is only interested in getting back his lost fish hook (some symbolism is universal, it seems), but with a mix of emotional empathy and wily deal-making Moana enlists him on a seafaring mission that readily settles into the groove of an opposites-attract romcom road-trip sorry, sea-trip.

The story takes some agreeably bizarre turns. Theres a flotilla of coconut-clad little pirate creatures who seem like theyve come out of Mad Max. And stealing the show is Flight of the Conchords Jemaine Clement, who gets a cameo as a glam crustacean monster decked out like a giant glitter ball, whose musical tastes clearly include David Bowie and Christina Aguilera. Its best not to give too much away but the fact that theres little else to give away is where Moana falls down.

Moanas know who you are message is the sort of thing wed probably want our children to hear, and theres a pleasing resonance in the way the movie transmits ancient folk knowledge via digital means. But Disney has set a high standard lately. Frozen defied its fairytale template by swerving into matters of sisterhood, Big Hero 6 pulled off a clever trans-Pacific cultural fusion, and this years excellent Zootopia was both a snappy, original comedy and a valuable primer in identity politics. Moana never quite reaches these heights. Its cultural setting is fresh; its storytelling, less so. It navigates the reefs but it doesnt discover a whole new world.

What's next: FBI unlikely to conclude Clinton email review prior to election
I Am Not Your Negro review James Baldwin's words weave film of immense power
Best Paleo Cookbook - Our Review Of 5 Top Products