The returning boyband escapees latest album is almost like a variety performance, featuring something for all the family but thats just not how pop music works any more 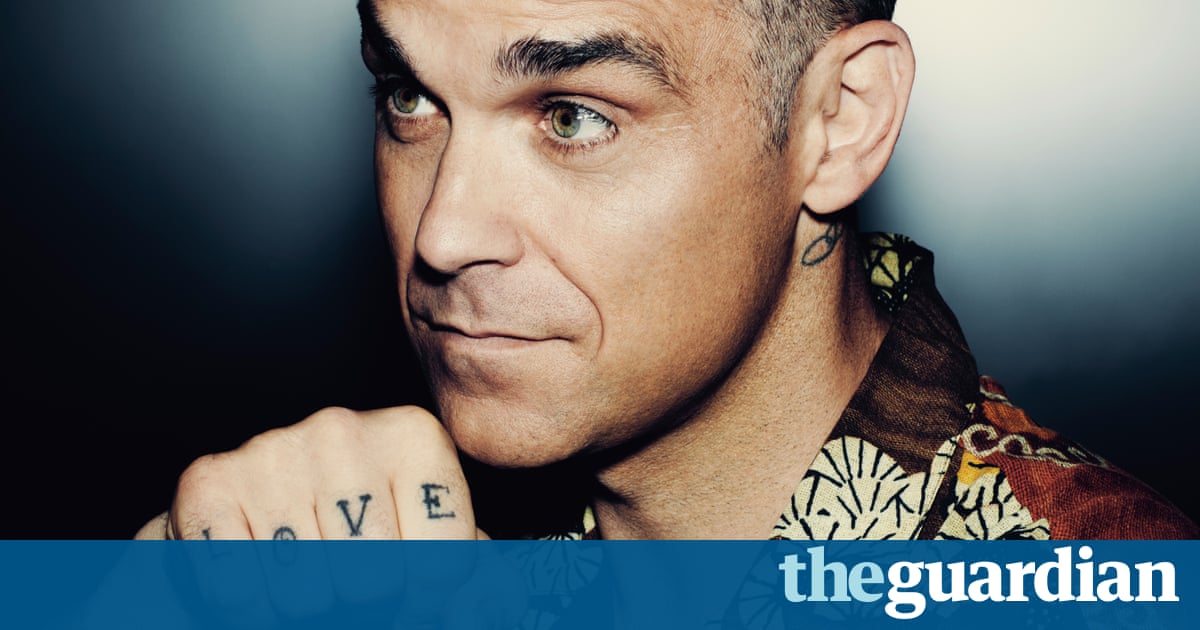 Robbie Williams return to the pop fray earlier this year was, you may have noticed, conducted with his usual hesitancy. First, he built on his escalating war of words with new neighbour Jimmy Page by promising to dig a big hole in his garden and fill it full of shit; next he went about offending the Russian oligarchy with the deliberately tasteless comeback single Party Like a Russian; more recently he was found telling this newspaper about his dabblings with the occult and a debilitating Minstrels addiction.

It was hard not to view all this without looking across to who might reasonably be considered Williamss heirs the personality no-fly zone that is Olly Murs or the earnestly #RealMusic Zayn Malik and concluding that were at least better off for having Williams around. Whatever your views about the state of pop in 2016, its hard to imagine Ellie Goulding wading into the new cold war with her latest single.

But if Williamss return felt in many ways welcome, it was not without its drawbacks. Party Like a Russian was a case in point it contained a dancehall-tinged, half-rapped verse, jokes imploring you to have it like an oligarch and a sample of Sergei Prokofievs Dance of the Knights best known to eagle-eyed crate diggers as, er, the theme from The Apprentice for the last 11 years. It pretty much ticked off a list of everything people who dont like Robbie Williams would require in a record that could be used to force them into a confession.

Heavy Entertainment Show, billed as Williamss big pop comeback (although that was also the case with 2012s Take the Crown, and the one before that too, if memory serves), isnt filled entirely with novelty songs. Instead it lurches from one thing to the next, be that MOR balladry, glam rock or orchestral showtunes. The albums concept came from Williams recalling his youth, when light entertainment shows had the power to unite millions of people all watching the same thing together. Williams has always liked to cover all bases in this way, but its especially the case here theres some slinky pop for the kids, a song called Motherfucker to remind you hes a bit edgy, a weepie one for your mum (Davids Song), a joke with a wink for your uncle (The only thing that they should be checking out is my ass in Hotel Crazy) and so on.

Guy Chambers, the songwriter who helped steer Robbie through his mega-hits period Angels, Feel, Let Me Entertain You etc is on board, as he was with 2013s Swing Both Ways, but the songs that stand out here are the ones by other collaborators whose credits you dont need to read to be able to detect their presence: Mixed Signals sounds like a cartoon Springsteen, because its written by the Killers, whose latter-day career all sounds like cartoon Springsteen; Pretty Woman is as simultaneously hook-laden and faux-libidinous as a song co-written with Ed Sheeran might be expected to be; Sensitive, the closest thing to an on-trend pop hit on here, thrives on producer Stuart Prices playful 80s nous.

These vaguely modern dabblings aside, Williams remains content to stick with sounds that have served him well in the past. Love My Life, which Williams hopes might pull off a similar trick to Angels, is earnest 90s piano balladry with self-help lyrics so banal it could have featured on, of all things, a Gary Barlow solo album (I love my life / I am powerful / I am beautiful / I am me). Motherfucker, meanwhile, seems inordinately keen on replicating the blustery, overproduced guitar solos that were draped over Oasiss Be Here Now, an album that has spent two decades being mocked for its reliance on blustery, overproduced guitar solos. At least the latter is rescued by a strong melody and the fact it allows Williams persona to shine through on full beam. A song about his familys history of mental illness and his worry that his son will suffer, too, might have been stark or harrowing; in Williamss hands it features a chorus that runs: Your uncle sells drugs / Your cousin is a cutter / Your grandma is a fluffer / Your granddads in the gutter / Your mother is a nutter / We are mad motherfuckers. Yet with its touching pay off We all believe that youre gonna break the chain it achieves a well-judged sentimentality that isnt all that far from something like David Bowies Kooks.

But then the problem with Heavy Entertainment Show isnt that it has no good songs its that its hard to imagine who would want to listen to it in 2016. Williamss dream of a shared mass experience with something for everyone simply doesnt compute in a world where the way we consume music has become so fragmented and personalised. As a result, an album that opens with the admittance that he would sell my children / For a hit in Belgium then takes time out for a heartfelt tribute to his late manager (Davids Song) before concluding like a Broadway finale (I love you all, auf wiedersehen!) just feels like a mess. It may be undeniable that no pop star other than Robbie Williams could release a record like Heavy Entertainment Show. The question is, do we really need anybody to?