The former Led Zeppelin frontman warned that there would be no Hobbit songs instead he rolled out an empathetic set of Americana with guests including Emmylou Harris, Steve Earle and Joan Baez 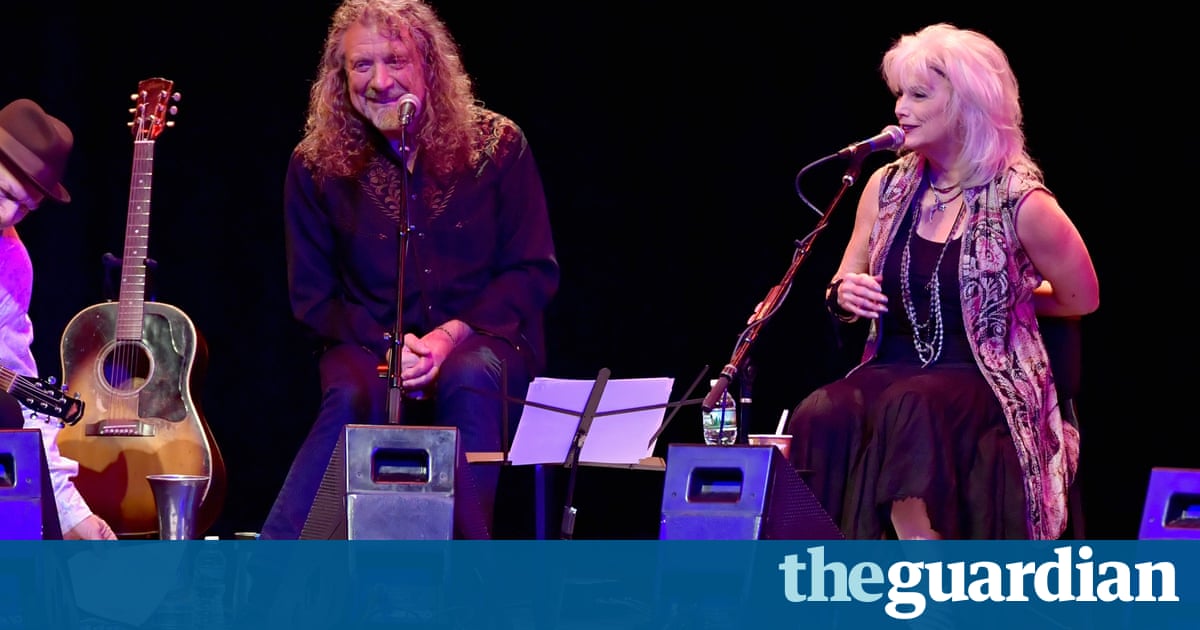 Plants companions represent some of the most valuable players in the world of Americana, a realm the British star has eagerly adopted ever since his acclaimed collaboration with Alison Krauss on Raising Sand nearly a decade ago.

Its not just their company and music Plant has avidly pursued. Now, he has taken up one of their causes. The multi-star concert he participated in Tuesday night arrived as part of the 11-date Lampedusa tour, organized by Harris to address an increasingly alarming situation: the shows aim to raise awareness of the worldwide refugee crisis, amplified by wars raging across the Middle East and northern Africa. All proceeds from the event go to Jesuit Refugee Services Global Educational Initiative.

Lampedusa, an Italian island in the Mediterranean sea, has been a prime entry point for refugees in Europe since 2000. It has also been a place of considerable peril. Last year, nearly 1,600 migrants died en route there from Libya.

While issues so dire gave the show its urgency, the mood of the night often stressed joy through cooperation. The setup helped. Rather than honoring a strict hierarchy of stars, the main artists remained onstage throughout the night, sitting in a semicircle on chairs, taking turns performing songs round-robin style. Along with the stately names at the top of the bill, the show included equal contributions from the gifted young duo the Milk Carton Kids, a cameo for the musical comedy of Will and Grace actress Megan Mullally, as well as a special appearance at the end by the grande dame of politicized song, Joan Baez.

Toward the start and finish of the two-and-a-half hour event, songs of displacement, alienation and wandering peppered the set. Miller emphatically delivered Shelter Me, whose narrator draws on faith to guide him to safety. The Milk Carton Kids offered Hope of a Lifetime, whose lyrics chart an equally treacherous journey. Earle contributed Copperhead Road, featuring characters who try to get by on the underground economy.

Deep into the night, the theme grew more pointed. Earle sang City of Immigrants, while the Kids rendered The City of Our Lady, whose chorus declares: Everywhere we go / Were the child of where we came. Baez delivered Woody Guthries classic Deportee, about the consequences of objectifying refugees.

In the central part of the show, the subject turned to thwarted love. Harris offered Making Believe, a song she first recorded 40 years ago, whose narrator can only imagine romance. Plant went back farther to cover a sad ballad sung by Elvis Presley called Done. Here, as well as in his renditions of Little Maggie and Nothing, the Led Zeppelin yowler drew on his quietest voice, finding in its high, open tones nearly as much power as his classic shouts. In a snarky aside about his old band, Plant said he would not be performing Hobbit songs.

Throughout the night, Harris lent harmonies to other singers on the most tender points of their songs, Miller injected energy through his electric solos, while Kenneth Pattengale of the Milk Carton Kids ran rings around the tunes with his speedy and dexterous acoustic solos.

The Kids brought to the night youth, humor and the dynamism of a duo in ideal sync. Their tandem vocals inescapably recall the most delicate interplay of Simon and Garfunkel, while their banter has the dry wit of the Smothers Brothers. Their songs added prettiness to proceedings which more often emphasized the flinty and raw. Nearly the entire set list drew from Americas greatest musical resources: blues, folk and country music. The result carried a potent subtext: it presented an empathic and inclusive view of America, in contrast to the fearful and exclusive one exploited by Donald Trumps campaign. Baez referred to the show as a pocket of sanity in the current world. To her point, when a Earle song introduced the line we are all immigrants, the audience, as one, sang along.