The Greasy Strangler review a grossout comic smack in the face

Jim Hoskings US-set feature debut, about a serial killer who smears his naked body in cooking fat before committing murders, is revolting and funny 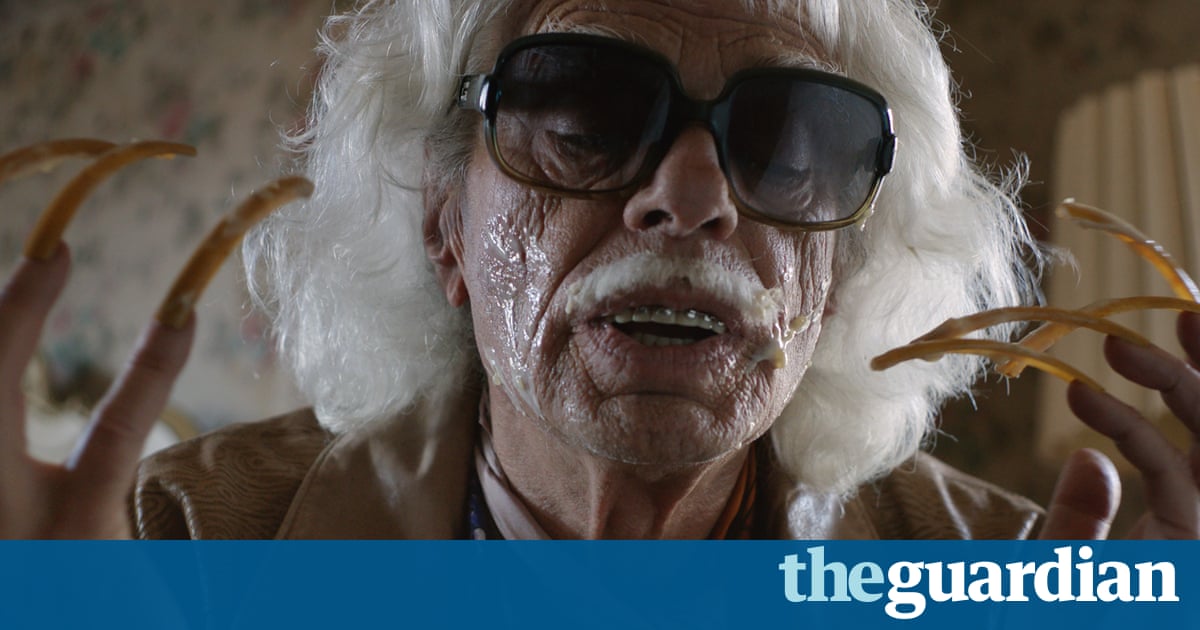 Bad taste is extruded from this outrageously revolting movie like poisoned mince from a rusty meat grinder. And, despite having neglected to smoke the hundredweight of weed I really needed to appreciate it properly I did laugh. Theres actually a touch of real inspiration in the final few minutes. Its the US-set feature debut from British director Jim Hosking, with Ben Wheatley serving as an executive producer: a macabre display of grossout-grotesque, with a touch of John Waters, Harmony Korine, David Walliams and Matt Lucas. (Little America could almost be an alternative title.) Brayden (Sky Elobar) is a sad, overweight, middle-aged guy who lives with his revolting father Ronnie (Michael St Michaels), a retired disco manager whom Brayden suspects correctly of being the notorious Greasy Strangler, a serial killer who smears cooking fat all over his naked body before wandering the streets killing people. By day, the pair of them dress in matching pink gear to run a highly unreliable walking guide to their hometown and its associations with disco legends. Father and son fall in love with the same female tourist who takes the tour. It doesnt look like its going to end well. Nor does it. Pure uncompromising yuckiness is what this comedy delivers. A grossout smack in the face. Deplorable. Unspeakable. Often funny.