The Great Indoors review millennial-bashing sitcom is an unfunny fail 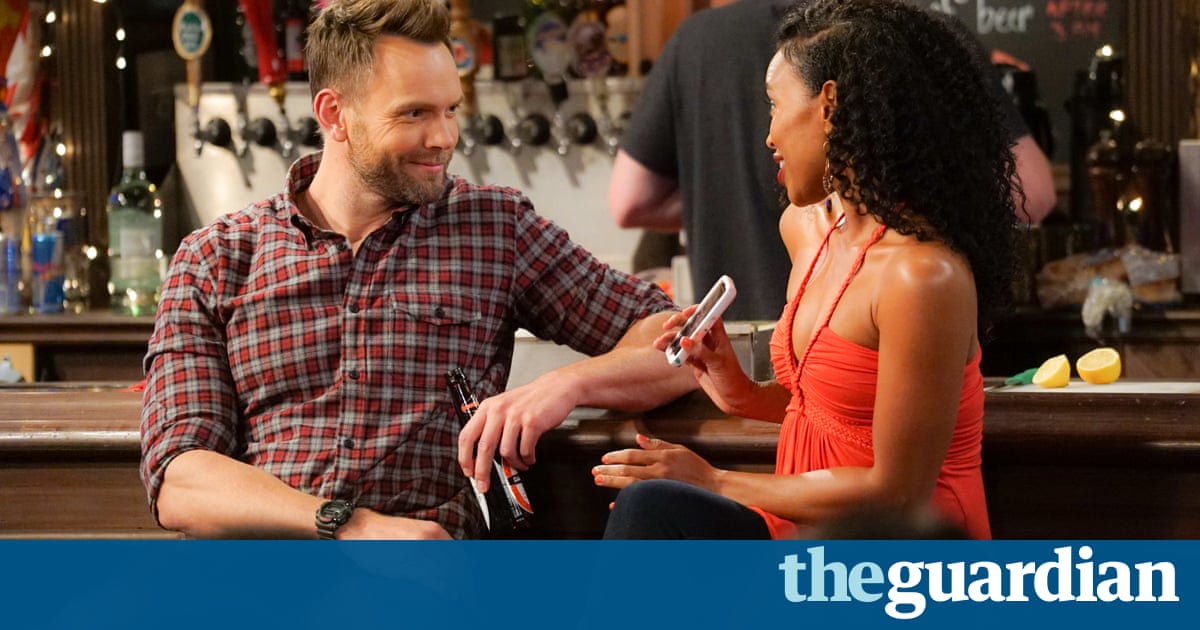 If Trump TV, the long-gestating post-election project for Donald J Trump, actually comes to fruition, it already has what should be its first comedy show: The Great Indoors. A tale of a middle-class white man that the world has passed by seems like it would resonate with many of the people who are packing into the reality star turned presidential hopefuls rallies. Just like the main character, they think America was greater in an idealized past that no longer exists. They make fun of PC culture, diversity and inclusion. They take stabs at the younger generation for getting trophies just for participating and for thinking that work should be fun. Yeah, this show would be perfect for Trump.

The red hat surrogate is Jack Gordon (Joel McHale) a 40-ish adventure reporter. His boss Roland (Stephen Fry) calls him in from summiting Denali and wrestling with wolf cubs in Siberia because the outdoors magazine he works for is folding its print edition and Jack has been reassigned to the digital team. This then leads to him picking on job titles like online content curator, the fact that his colleagues expect promotions after six weeks and that everyone seems to pull out their phones rather than live in the moment. The pilot episode packs in just about every other cliche about millennials except that theyre willing to pay $6 for a can of PBR just to seem cool. Oh, wait. That one is in there too.

While Jacks co-workers the bumbling Clark (Christopher Mintz-Plasse) who is in love with Jack, the disaffected Emma (Christine Ko), and the ambiguously gay Mason (Shaun Brown) get in plenty of good digs on Clarks account, it always seems like the show is taking his side. Maybe its because the multi-camera format, especially on an older-skewing network like CBS, seems like just as much of a relic as Clark that it seems natural it would side with him.

Just like Trump voters take solace in his rhetoric, to everyone else its anathema. Jack is just as wrong as the Trump voters. He makes fun of his new team because theyd rather post articles about the best tools to have in the zombie apocalypse or Five Things to Do in a Bear Attack. Jack wants to keep publishing stories about sleeping out in tents in the wild and other amorphous topics. Show creator Mike Gibbons (Tosh.0) seems to agree with Jacks belief in putting more weight on the serious journalism than the popular listicles. However, anyone with any familiarity with digital media will tell you that Five Things to Do in a Bear Attack is going toattract way more clicks than whatever vague story Jack is pitching.

The only saving grace that keeps Jack from being as loathsome as all the Joe the Plumber types shouting Build that wall! is that he is played by McHale, whose charisma and dexterity with a withering verbal attack cant be undone by the toothless and overused comedy in the pilot.

The second episode sees Jacks young colleagues help him navigate the world of online dating. While the old dog does learn some new tricks thanks to the twentysomethings in the office, its still the old-fashioned skills that help get him out of a jam.

The gulf between the younger generation and those that are trying to fit into their world is fertile ground for comedy and there are definitely some great lines sprinkled throughout. (When a boring colleague says she met her boyfriend on a dating app Jack hazards a guess at which one. Blandr?) But its the worldview of this youth bashing, status quo relishing nostalgia bait which is hard to get behind. Maybe if it was on Trump TV, where the rest of the audience supported its philosophy, it would be more successful.