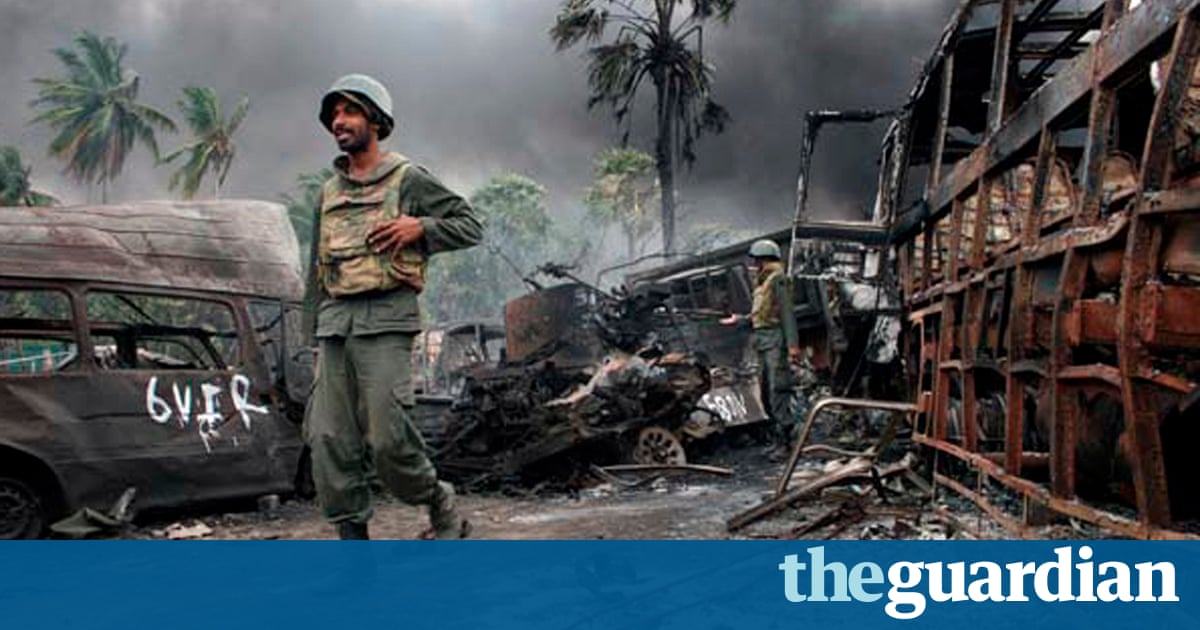 The opening sequence of Anuk Arudpragasams debut novel, in which a six-year-old child with a shrapnel-shredded arm is brought to an open-air operating theatre, feels horribly timely. The young man carrying the listless little boy finds a strange solace in discerning the childs prospects: Soon the doctor would arrive and the operation would be done, and in no time at all the arm would be as nicely healed as the already amputated thigh According to the boys sister [that] injury came from a land mine explosion four months before, the same accident that killed their parents also. It brings to mind the images of stunned, bloodied children now coming out of Syria and other war zones. The novel both implicitly and explicitly raises crucial questions about the aesthetic and ethical stakes involved in regarding the suffering of others.

Arudpragasam uses placid, even poetic prose, with results that range from brilliantly unsettling to questionably indulgent. The novel is set approximately seven years ago, in the Tamil-majority north of Sri Lanka. Its action takes place over a few days during the harrowing final months of the islands vicious civil war. Recalling Jos Saramago, The Story of a Brief Marriage takes a fraught political-historical moment and creates out of it a fable-like novel: a boy and girl meet and get married. These are humble characters known only by their first names, Dinesh and Ganga. They live in an unnamed village and in a makeshift camp in lush woodlands that are thick with tropical heat, artillery smoke and the constant threat of sudden death.

Accepting the impossibility of his own survival, Gangas father decides to do what best he can for his daughter and proposes that Dinesh marry her. Given their collective horrible situation, Dinesh is surprised by this offer. But in keeping with the muted feeling and fatalism that mark every character in the book, he accepts, as does Ganga, though neither seems particularly excited about it. The carnage surrounding them is too much for a newlywed couple to overcome, given how much each has already lost: But if they couldnt talk about their pasts, what could they say to each other at all, given that there was no future for them to speak of either?

They try to make a shared life, and their efforts produce the novels most moving material. Never mind the constant probability of death, wounding, forced conscription, starvation and rape: Ganga and Dinesh are shy, uncertain and tentative just as any other sudden new young couple would be. He proposes a stroll, which they take silently; she makes him a small meal of rice and dhal that he revels in, not least because she made it for him. Arudpragasam describes each gesture and thought, all the way down to the shape and taste of the soft grains that Dinesh savours, cleaving the rice into separate sections in his mouth. Only at chapters end does Arudpragasam reveal that allthis haute literary deferring enacts the young couples own unspoken interest in delaying the inevitable: Dinesh licked the last grains of rice offhis fingertips aware that it was time nowfor them to spend their first night together.

Soon enough, Dinesh and Gangas bleak expectations are fulfilled, though its here that the novels aesthetic and ethical ambitions fail to cohere. Shells fall once more, and amid the infernal smoke and sulphur, Dinesh searches and searches for Ganga. Eventually, he discovers her: Her left eye was half-open and the right corner of her parted lips was kissing the dirt. The cheaply evocative wording of this image suggests a literary immaturity at odds with the restraint and poise found elsewhere inthis often formidable novel.