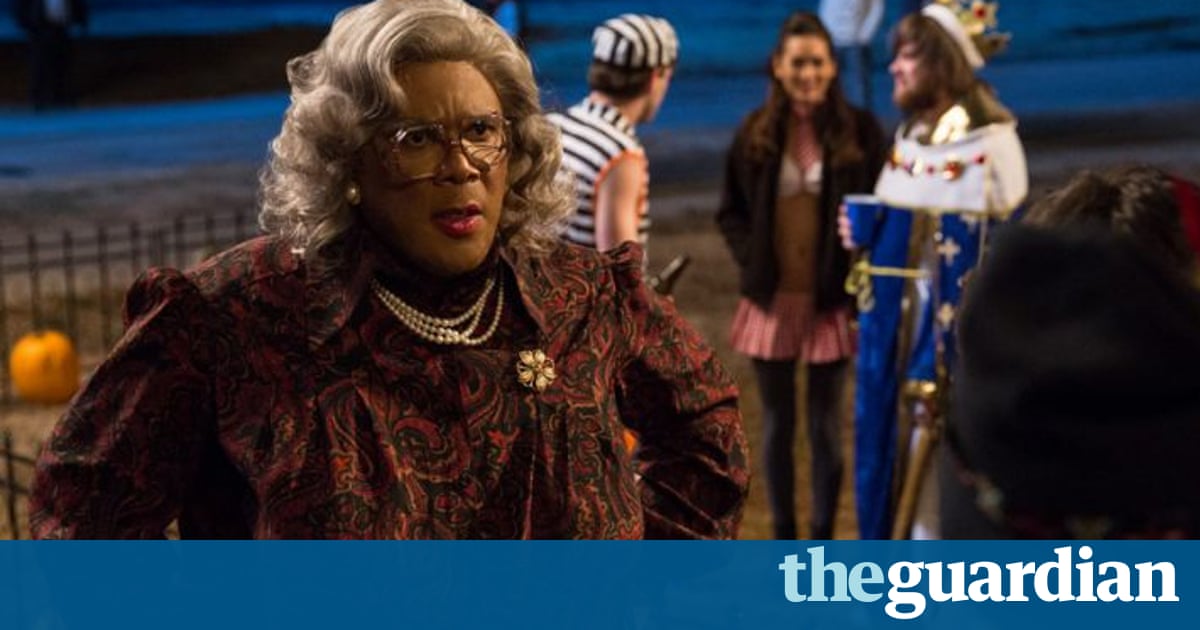 Halloween 2016 is the scariest its been since we thought there were real witches up in Salem. We are weeks away from an election that could give us a president as orange as a Jack-o-Lantern that wouldnt just decompose after a few weeks. Its terrifying and we could all use some catharsis, no matter the source. It may just be the bad vibes talking, but the image of Tyler Perrys Madea racing down a street screaming Help me, Jesus! with zombies hot on her trail seems slightly profound? Its an unexpected reaction to one of Perrys low-budget comedies that mostly trades in pratfalls and bawdy invective before slamming into a wall of treacly pop-psychology. But its a very strange time in America right now.

Tyler Perry is a horrible director and a rancid writer, but I absolutely love Madea. With Tyler Perrys Boo! A Madea Halloween, she stars in her ninth feature film. Add that to a slew of plays, television appearances and a direct-to-DVD cartoon and its undeniable that she is a pop culture icon. She is rude, loud, violent, boastful of her criminal past, but, for reasons psychologists could only understand, we crave her approbation. Her thorny approach to life flies in the face of every family value that seemingly serves Perrys wholesome audience, and this is why hes a genius. Somehow, when Madea does the horrible thing, its all right. And when she finally comes around and does something decent, its like a big warm hug.

Id like to take a second look at Tyler Perrys Boo! A Madea Halloween with a stopwatch just to see how much of it is devoted to extolling the virtues of corporal punishment in child rearing. One awkwardly blocked scene consists of Madea (played by Tyler Perry in drag) sitting in her straight-laced nephew Brians living room (Brian is also played by Perry) with her brother Joe (Perry in a white wig) and her two pals Aunt Bam (Cassi Davis) and Hattie (Patrice Lovely), and the four elders riff on whoopin ass for what feels like forever. If Andy Warhol ever came back from the dead, the director of the eight-hour film consisting of a single shot of the Empire State Building, would be shocked at how long this sequence drags on. But sprinkled among the desultory morass are occasional firecrackers of brilliant schtick-based comedy.

Perry is an outstanding performer, whose biggest laughs frequently come from sputtered reactions of anger and frustration. Theres plenty of it in Tyler Perrys Boo! A Madea Halloween (yes, Im going to use the full name every time, this movie is all about excess) and it stems from a plot too ridiculous to spend much time describing. Brians 17-year-old daughter Tiffany (Diamond White) wants to sneak out to a costume party at a nearby frat house, but to do this she and her pal Aday (Liza Koshy) have to spook the old chaperones with a spooky tale. Then they head to the party, get found out, and there follows a series of increasingly far-fetched pranks.

The final act shoves a message in our face, something about kids respecting their parents, and parents rejecting todays namby-pamby parenting methods and getting tough. It crescendos in a series of gay panic jokes when Brian and Madea pretend someones throat gets slashed and all the kids end up on a prison bus. Its just one of the many moments of tonal strangeness, but rather than dwelling on that its much more fun to remember the scenes of Madea knocking the wind out of evil clowns or Aunt Bam griping about her hip surgery and toking on more medical marijuana. Theres also the absurd moment when a horny frat boy suggests going to fifth base, and a riff in which Madea tries to get a preacher to hurry up past his praying while making an emergency phone call. Its truly a marvel of extemporized, non-verbal comedy. Its just that these moments come amid so much filler.

I cant call Tyler Perrys Boo! A Madea Halloween anything resembling a good film (its shot with the production values of a television sitcom) but it is so relentless that, like gorging on a bag of trick or treat candy, its undeniably addictive. Before the stomach ache comes.