An exclusively Asian cast, whose members also take on white roles, brings humor and poignancy to a loosely autobiographical play from Qui Nguyen 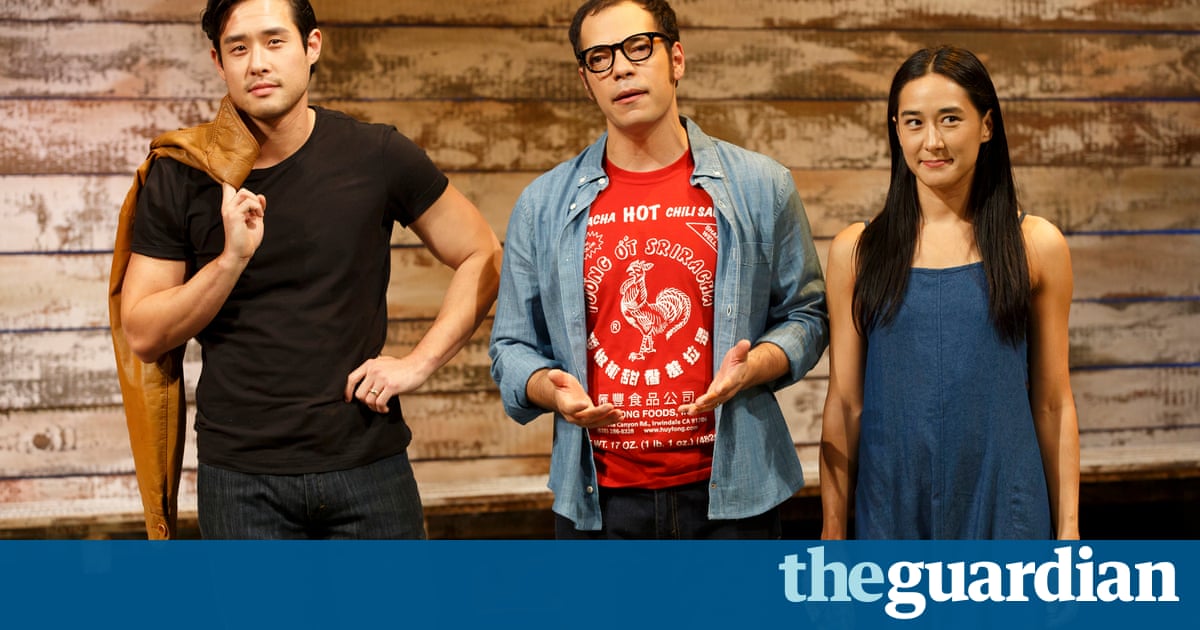 The playwright Qui Nguyens parents met in the mid-70s at Fort Chaffee, an Arkansas military base that housed Vietnamese refugees after the fall of Saigon. Whether their courtship actually involved quite so many ninjas, drugs, expletives, and hip-hop ballads is unknown. But thats how Nguyen has portrayed it in Vietgone, at Manhattan Theatre Club, as an unlikely intermingling of family play, history play, sex farce, action flick, and cultural critique. It is overtly rollicking and sneakily moving.

The play opens as an actor playing Nguyen (the terrific Paco Tolson) slouches onstage and assures the audience that All characters appearing in this work are fictitious that especially goes for any person or persons who could be related to the playwright. Specifically his parents. We then meet those parents, Quang (Raymond Lee), who greets the audience with Sup, bitches and Tong (Jennifer Ikeda), who remarks, Damn, theres a lotta white people up in here. The playwright announces that in this play, the Asian characters will speak eloquently and shit, while the American ones will sound like this: French fry, french fry, yee-haw! Asian actors will also play all the white roles, a welcome corrective to whitewashing.

Once the action begins, the timeline hopscotches between Quang and Tongs individual evacuations from Vietnam, their meeting at the camp, and a road trip Quang embarks on, in the unlikely hope of eventually returning to Vietnam, where his wife and children remain. Nguyen tells these stories using the narrative structures and styles of his childhood, from Bruce Lee movies to 80s romcoms to horror flicks to superhero comic books.

Some of the writing is lazy, with Nguyen so comfortable in his ultra-vernacular style that he doesnt challenge himself to create a more distinctive diction for each character. In looser passages, his scripts can sound like the results of an explosion at a slang factory, rather than a careful construction. Hiring a lyricist for the hip-hop passages wouldnt be the worst idea, either. If May Adraless direction is sometimes more vivid than precise, she righty celebrates Nguyens smash-em-up approach to genre, the childlike sense of play, qualities the generally superb cast also adopts.

But Vietgone is a more serious work than it initially seems, and a stealthy one not only owing to the ninjas in the second act. Even before the conclusion, which offers a scene of the playwright interacting with his now elderly parents, Nguyen has enticed the audience into caring for these cartoonish characters, admiring their bravery, their fortitude, their resilience when faced with terrible loss. He sneaks in warmth behind the silliness, solemnity alongside the kung fu, making the deliberately preposterous feel vibrantly real, even poignant. Ninjas included.